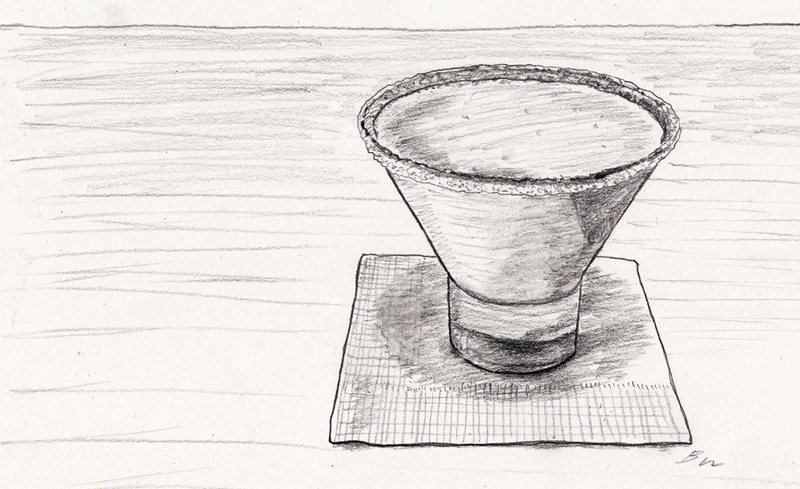 In a time when the hills were small and the trees just taking root, the Wendigo came. It devoured the flesh of men and could never be full. In shadows it made its home. And not a soul knew its form except for he that would soon depart this world, hastened by the Wendigo’s fang and claw.


This I first heard from the crone with dry, gray hair. She had stumbled through our town, one day, covered in mud, yelling to any and all of the beast that hunted us. He was coming, she said, the Wendigo. Slinking from the dawn of time for us as sinners we were. My mother had clucked and shut the windows tight, muttering of nonsense under her breath.

That night, I hunkered alone in bed, my thoughts consumed by the Wendigo. The crone’s words had forced their entry into my mind like the grate of a violin, poorly played. A nut hit the rooftop and I screamed into my pillow. Then, a shadow in the corner set my heart to thumping, but it was only the moon lighting my bearskin parka. In so many other ways, that night, I brought terror to myself. After long hours awake, I fell into a fitful sleep.

And then I awoke. The moon was bone white against a deep, cloudless sky. Around my cabin the woods stood silent as the crypt. No cricket’s chirp, no owl’s hoot, no squirrel’s cry, no pine bough’s creak penetrated the night’s vast silence.

I’ll just sleep again, I thought to myself, enwrapped in fur upon my mattress of straw. My parents room lay across the cabin through a breezeway, along whose length stretched a window. I dared not scamper through, for fear that whatever had silenced the forest would see my movement and strike. Better to stay quiet and alone, huddled behind the sheets — a child’s best protection. And so I stared out the window and tried to calm myself.

Yet soon as I my heart had slowed its tattoo, I spied movement along the treeline. A spar of white bone snuck from behind a thick maple. Terrible shivering overtook me. The bone gleamed there, quivering in the hollow moonlight. But hark! As my sleepy eyes focused, I realized the bone was only an antler, emerging from the trees. A harmless buck, I told myself.

Yet, the antler’s points grew in number as it slid into view, ever-slowly from the shadows. Something about it was wrong. The points were too many, no buck could heft a rack such as that. Entrails hung from it, I now saw, glittering slick in the pale moonlight.  The weight of silence crushed the breath from my lungs.

Then the face that held the antlers emerged, the muzzle of a sickly bear, half its teeth bared in a gory snarl; its flesh torn and flapping like pelts swaying from the rack. Its head sat upon the torso of an emaciated man, black hair sprouting from its chest in patches. On the tips of its long, slender fingers gleamed talons, brown and thick. It stumbled from the woods on the legs of a goat, its cloven hooves sinking deep into the soft earth. It stood slouched in the moonlight, its onyx eyes with a core of red, burning across the meager expanse of yard for me and me alone. I tried to scream but no sound would come, my diaphragm seized, a sheet of glass.

The Wendigo had come for me.

Across the length of my yard it scrabbled, its claws striking for purchase when its palsied legs gave way. It crawled and it kneeled and it leapt all at once, a clamoring, ravenous struggle of locomotion. I covered myself in sheets. What horrible end for a child was this? All of my friends, for I had a few at the tiny schoolhouse, would mourn my passing while thinking, thank the Lord it wasn’t me.

I pleaded for help from my God, trembling beneath the sheets. I stayed that way, praying and crying, my face soaked and hot for I know not how long. After countless prayers, I peeked out from under my sheets. The yard was empty.

An owl’s screech scared off the night’s silence. I held my breath as I rose to look out the window. Each tentative step creaked the floorboards. Cooling sweat dripped down my fluttering chest. At the window, I looked out from all angles: to the left was only the trodden path that led to town. Below, the damp grass glistened in the moonlight. To the right, an army of black pines stood at attention. I sighed and looked up to the moon, two red eyes gleamed from its center.

In a rush, the Wendigo leapt from the roof, landing in a heap before my window. I tried to run but terror paralyzed me. It raked its claws against the panes, gibbering as it shuddered the hinges. Its plaguy skin left black streaks on the glass. Blood sluiced through my body, my vision doubled then trebled with fear.

“What do you want, beast?” I said, quailing. I knew exactly what it wanted, but I said this nonetheless. The Wendigo ceased its ravenous scrabbling and rose to full height.

“Do you like cream soda?” said the Wendigo. My eyebrows knitted. “I mean, I dunno,” it continued in a thin, brittle voice. “I just got the Battlestar Galactica Blu-Ray box set and like a ton of Bagel Bites and if you came over it would be a lot of fun.” The beast worried a pile of grass with its hoof. It gazed imploringly at me, its bloodblack eyes abashed.

“It’s a stupid idea, no, you’re right,” said the Wendigo, turning to leave.

“No, halt,” I said. The Wendigo swung its head round, hope in its heinous visage. “I would first ask my parents.” I said. “But alas, they slumber. Perhaps another time?”

“My apologies,” I said as the Wendigo slunk back toward the shadows. I don’t think the hideous abomination heard me. Its bear-muzzle rested against its chest. Its cloven hooves dragged in the wet grass. It disappeared into the woods without another look back. And that was my harrowing encounter with the terrifying, the abominable, the monstrous Wendigo.