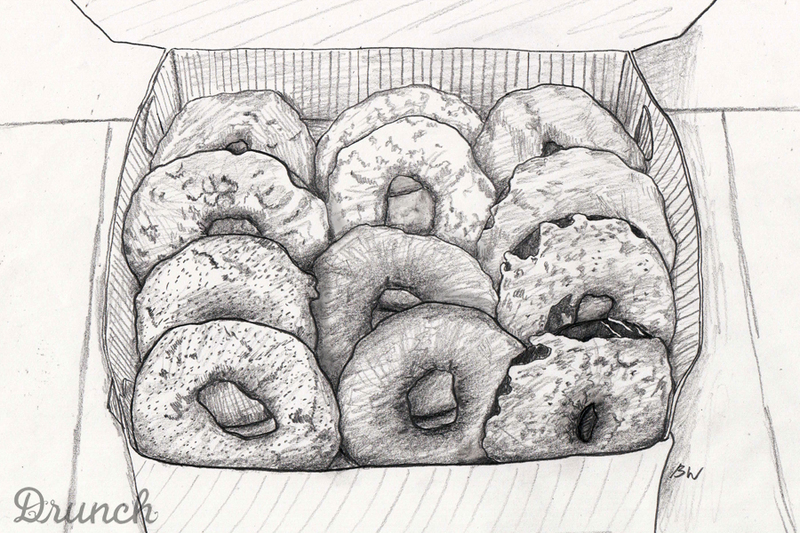 At Davie Trembleau’s stupid eighth Birthday party I snuck into his brother’s room and stole a baseball signed by Mo Vaughn. The following day at school I was certain that Davie’s brother, a stringy tree of muscle named Dirk Trembleau, was going to find me, pick me up by my neck and hold me that way until I expired.

I didn’t see Dirk that day, but I did know that he knew what I’d done. Don’t ask how I knew it. I just knew. In fact, I knew it with such a fierce certainty that the next day I faked a fight with an oaf named Philbert Klarson and got my parents to transfer me from Doyle Rider Elementary School to Eisenhower Elementary school twenty minutes away.

This did not allay my fear as I’d hoped.

I daily contemplated surrendering Dirk’s Mo Vaughn ball. Possibly hurling it onto the Trembleau’s hockey stick-scattered front lawn in the dead of night. But then Dirk would have my prints. Then he would have proof of my thievery and murder would be justified. No, it was impossible. I hid the ball in the deepest recesses of my action figure drawer and prayed for absolution to whatever god would have me.

Upon graduating junior high I celebrated by burning the ball in raging cathartic flame kindled in my Dad’s rusty fire pit. This expunging the object of my guilt actually granted me moral release. For a time...

In high school, making out with Taeesha Wilkins on the embankment behind the Krispy-Kreme, I expected a now-bearded Dirk to slither out of the dumpster behind us and put a Ka-bar to my neck before shushing me into eternal darkness.

On the rolling hills of my college campus, delivering my senior thesis on the Ethics of Using Children in Diaper Advertisements, my nerves sung. My worry at that point was that the tenured chair of the Philosophy and Communications department, Dr. Lionel Hargraves, was none other than Dirk Trembleau in a Hollywood-quality skin suit. I was convinced that during my speech the faux Dr. Lionel Hargraves — with my guard finally and fully down — would rip the mask from his face and, shrieking Mo Vaughn’s name, disembowel me before the assembled masses, which included my parents.

During a significantly wonderful date with a co-worker, Lana Klee, whom I considered out of my league by about three A’s, I forgot Dirk for a second. I was gazing into her eyes as she gazed into mine. Their shade of green entranced me and for a brief iota I was completely unguarded, enamored and open to Dirk’s nefarious tricks. Luckily, a dish crashed in the kitchen, shocking me out of my reverie. In that moment it dawned on me that this woman was nothing but a sting, a snare, set by scheming Dirk. When she invited me back to her place for coffee after that first date I politely declined. She took this as chivalry and restraint. I knew I had just saved my own life. I never talked to her again.

After exchanging vows with Peggie Brumeinder, a fine, sturdy woman, I died inside when the priest called for the ring bearer. Surely, instead of a gay young child flouncing down the aisle it would be haggard dirk, the shorts of his boy-suit hardly covering his rippling vengeful thighs as he plowed toward me, lifting a long red sock knotted into a noose from its place on the white satin pillow.

Scuba diving just off the shore of our honeymoon suite in Cancun, I was alert and waiting for a free-diving Dirk to emerge from behind every reef, spear gun in hand. He would smile, a thin stream of bubbles escaping from his pressure-flattened face as he loosed a red, metal dart into my wretched, pilfering heart.

As my son stepped to the plate in his very first game of little league, I nearly jumped onto the field and tackled the ump. Surely, at the first pitch, the umpire would rip his mask from his face revealing bloodshot eyes and a crooked, unhinged smile. Umpire Dirk would grab my son by the shirt yelling, “you’re out! For goooooooood!” After rending my flesh and blood in twain, he’d come after me.

Waving from the window of our car as our third and last child tromped away with his new found college friends, I finally admitted to Peggie, my wife, my persistent fear. She, the patient woman that she is, explained to me my phobia’s illogic. I wanted to believe her. It had been a lifetime. What maniac could hold a grudge so long? Especially one as unfounded as this? I mean, who could care about a baseball signed by a B-level Red Sox player for that long? But then again, that’s just what Dirk would want me to think. That’s the way Dirk worked. I smiled and nodded at her and the rest of the drive was spent in casual banter. Home again, I locked myself in my study, pulled a wrinkled, oily picture of Dirk from my wallet and stared at it until sunrise.

For my Eightieth birthday Peggie set up a beautiful surprise party for me at our favorite restaurant, Fandangles. Everyone was there: even our eldest brought his family from way out in Sacramento. As our longtime server, Cindy, rolled out the cake, something tore in me. I stopped worrying. Looking around, I finally realized that I was in the comfort of dear people as a well-lived octogenarian. Dirk was probably long gone, lost to lung or liver cancer, his cremains scattered into the mildewed pond of the trailer park he’d called home. The humongous cake — it was very large — was wheeled beside my table and everyone enjoined me to blow out the giant sparkling “80” candle on top. I gripped my cane with a knobby fist and stood to the applause of all assembled. Teetering, I leaned in to blow. The cake really was rather massive. I had to lean far in, my lips stretching to aim air up at that towering candle. My curved back creaked and my neck stretched, pulling my old waddle into taut lines. Just as I began to blow, iron fingers closed around my neck. I looked down to see that the fist now choking me was connected to an arm emerging from the cake! Candle still sparkling atop his head, Dirk burst from inside, frosting and cakemeat clumped in his gray, rat hair. He was old, older than me, his cheeks sucked into his sunken , murderous face. Dirk lifted me, somehow still strong as an ox. The assembled masses looked on with the glow of vengeful justice burning in their eyes. They had been in on it all along! Everything was correct! Dirk, yellow teeth crooked and bared, suffocated the life from me and said not a word. What words needed to be said? I was a thief and he was my Hammurabi. A lifetime of betrayal would finally receive its just reward. The light slowly receded. My legs stopped swinging. I welcomed this blackest release…

“Grandpa!” said my son’s youngest daughter, a three year old in pig tails. “Watch!” She twirled her light blue dress. The party was winding down around me. I rubbed the crust of sleep from my eyes. Surely it couldn’t have been… A small piece of marble cake rested on my plate, untouched. “Watch me,” she said again, spinning. I looked around the room, no Dirk. I looked out the window to the parking lot, no Dirk. “Grandpa, watch!” she repeated. I loved her but distraction was just what Dirk wanted. I had to stay vigilant; Dirk always was.