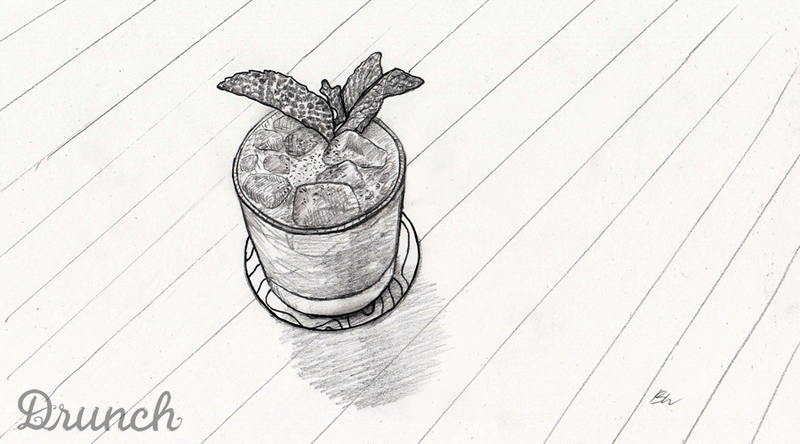 Soot rolled through the gutters and clumped in the branches of oak trees and accumulated on my windowsill like black snow. The castle at the end of town had burned the night before, its silhouette now a black skeleton, looming.

Strolling into the kitchen I told Janelle, my wife, I was heading out to investigate the castle.

“Isn’t it a work day?” she said, looking over her shoulder at me from the sink. She had her hair up in a messy ponytail and wore running pants and a baggy shirt under an apron that said “Just eat it.”

“Yep,” I said and headed out. I waved from the yard and she didn’t look up from the dishes.

The clouds had marched in under the cover of night and hung low. Surrounding the castle was a blast circle of burnt grass. A halo of smoke flew high over the blistered frame, suspended somehow in the clouds, quavering in and out of sight. Its former grey facade had burned to a pencil sketch of blackened steel; it had been a castle built for R.P. Duboise, a wealthy contractor who had wanted verisimilitude only in the look of the castle, not its construction. Coal-black dust dyed my shoes and the legs of my khakis up to my shins. Each step puffed up a groping cloud that quickly dissipated back into soil.

The castle’s moat had evaporated. Crocodiles peered from around the roots of the surrounding maples, cursing the water’s departure.

After ducking under some yellow tape, I strolled through the vast anteroom beneath scalded pilasters and a crumbling, burnt arch. I smelled flowers, faintly beneath the acrid smell of burnt everything. The ceiling was smoked in whirling arcs of soot. Massive, wooden trunks of charcoal leaned against each other in consolation. Debris scattered with each gentle push of breeze.

Why had I smelled flowers? I ventured deeper.

I picked my way down what appeared to be back steps to a room knee deep with ash. This must have been where he kept his scrolls. R.P. Dubois fancied himself a descendant of Merlin and had bought up copious scrolls of ephemera, Apocrypha and indecipherable nonsense. His collection had made the local papers four years ago. A gray mélange of burnt edges and yellowed parchment littered the floor like bones in cremains.

Janelle had told me not to come back but of course that had been a joke. It was a joke we always had, since I’d started jogging. It was funny to us, I think.

I mounted a long spiral staircase at whose bottom I spied flickering light. Perhaps the fire had yet to go out? Perhaps it had come so low that it was burning a hole into the ground itself, searching deeper to eradicate all notion of this place. My heels scuffed against the time worn rock steps. The deeper I ventured, the more powerful the smell of flowers became. I discerned the type: rhododendrons.

My only son had gone to war three years ago. He still wrote but his letters are in a different language now. His life has been transformed into a breeze of military jargon, a shifting storm of CPs, engagements, and MREs.

The steps to the castle basement were slick with mold. The fire hadn’t reached this deep? The incline was steep, but I liked it. Water beaded on the stone walls. These walls were actual stone. Old and dank. The danger of exploration had been gone from my life for so long, ever since my son’s toys had taken up the space where my gear had always been. I’d dove into the cenotes of Mexico, breathing in clear, blue oceans below laughing Mexican families. I’d seen nations of bats clinging to the ceiling of a cave in Guatemala like bristling hairs. Now I mostly stare at the pond outside my office window with the pitiful fountain whose clogged left half forces the right side’s water to spray in a violently unnatural mist.

Each step took me further into the smell of the flowers. I liked it. My khakis stuck to my skin with sweat. The steps continued down and down. As they spiraled the light grew more golden and pure, the dank smell more intense. Light sparkled off the schist embedded in the wall. Carvings appeared, ancient runes. How could they look so old? This castle was only six? I felt a thrill in my heart, spiraling downward.

I turned the final curve and saw the bottom. A shadow flickered at the base of the steps. The shadow of a bald head, crooked over shoulders in concentration. No movement. I thought of a wizard, bent with a hawk’s feather in his hand, arcane words on his lips, conjuring flame from stone.

I stepped out into the light and was dazzled. A blistering flash shone out from across the room. A muffled “the hell?!” came from beyond the light.

“Who are you?” the man on the left said, removing his filter and goggles. His sweat-reddened cheeks hemmed in a formidable, gray mustache. The bottom edge of the mustache curled down in a scowl. This was R. P. Dubois — I recognized him from the papers. All around us were rhododendrons, of every shade and color. Grow lights blazed from the ceiling.

“I’m Jean,” I said, strolling in for a handshake. They both shook my hand with quizzical looks on their faces.

“Are you a surveyor?” said the man on the right. He was slightly taller and was the bald one I’d noticed. His eyes were blue.

“Nah, just a neighbor pokin’ around,” I said. I rapped the wall closest to me with my knuckles. I don’t know why but it felt like the right thing to do. It made a hollow thunk.

“You have to leave,” said R.P. Dubois. “I don’t know why you thought it’d be OK to be in here. You’re trespassing right now.”

I didn’t leave though. I didn’t want to leave.

“What happened?” yelled Janelle through the rolled down window of the car. I’d just stepped out of the police station. I folded up the citation the cops had given me, shoved it in my back pocket and shrugged. The clouds had all cleared and the moon’s light was sapped by the harsh, buzzing streetlights as she drove me home in silence. In the driveway I picked at a couple weeds as Janelle slammed the front door. The light in the bedroom turned on and then off. I looked up at the pale moon and let the chirp of what sounded like all the crickets in existence fill my ears. I wish I had flowers.