Our boy, he of long limb and short hair, rises from slumber. Smacking mouth of terrible night-taste, he finds in his body a vicious hangover. Be it past-noon time of day or be it last night’s activities our boy is super-famished and needs bites. He must venture forth for sustenance, where the street heat will batter last night’s clothing in gusts of motor-hum.

In the NY sea of hard eye and black cloth our boy flows unnoticed. Parched in mouth and driving with fuel-starved leg he must travel far for nourishment. He does not relish this journey of foot and asphalt. But it is necessary.

Long glossy hair above tasseled boot, she wears the uniform of hip Brooklyn so-and-sos. Of what origin is this meeting, the whim of the city only knows.

“Hi” say she. Oh how lips of red smack in our young man’s eye.

“Oh,” say he, hands unable to find a correct spot. Of course, the origin of their first meeting our boy now remembers. At hip, LES bar (Pianos, mayhap?) last night, after passing in the doorway a time twice two many they had fallen to conversation. As her name connects with his mind her face connects with his heart or possibly something lower. Misha.

“You got it...sister,” the production of said stupid phrase a consequence of embarrassment at unwashed hair + worry + attraction. Greg, our boy, recalibrates.

“Just heading out to grab a bite.” 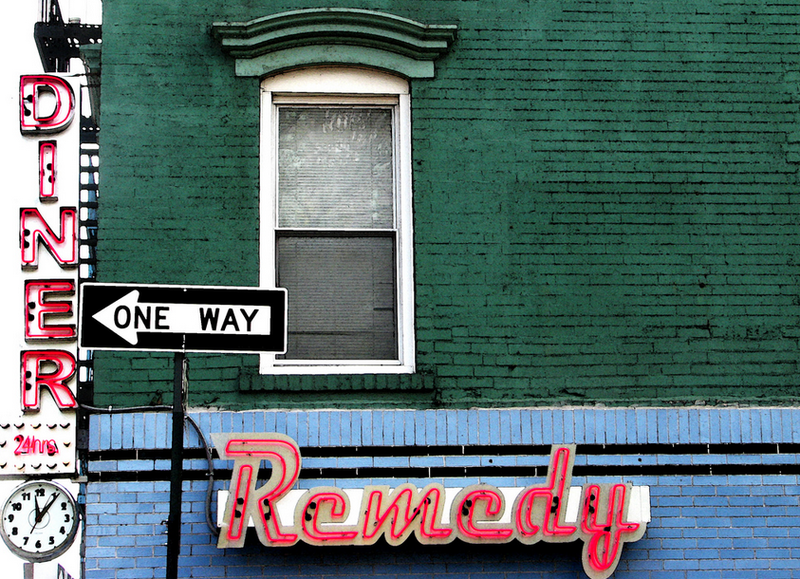 The boy speaks true. Remedy Diner, of which he warbles praise. Diner of 24-hour joy. Featuring meal of hash + eggs (veal of homemade origin resting within), Burgers (hand-pressed), &c, &c. “'Top 5' Material, for sure,” say he. So many words of praise released at once that when boy finishes, the silence of street and foot rings harsh.

After pause of nervous length, “cool,” say she. Smooth, smiling face of hers expresses interest in tandem dining. Her cocked eyebrow an open invitation to invite. Oh how our boy's heart quails. The pounding of chest akin to tribal drum. He must take the true leap: the question of asking. The wonder if she is keen to accompany. He must query: will she join he? Simple words, but difficult -- so stubborn -- in coming.

Long time of passing as girl shifts and boy he fumbles for correctly -- no -- perfectly invitation.

“Ummm,” say she of shifting stance. “Well, enjoy the meal.”

“Yeah,” say he in fit of cowardice, “catch you later.” Boyheart shatters and drops into organs of lower position.

Girl, she walks away and boy curses himself as he does the same. How insignificant a question looks after the time to ask it has passed! Courage, curses he, a reserve that diminishes with greater need. A lout, a cur, a yellow-belly, and other such names he shouts internally on his journey to Houston and Norfolk. Children squeal on swings and aping-bars across the street. Cars hurrrr by and the world continues despite the crushing despair within the young man.

At last, his destination appears at arm's length. With the opening of metallic door the clay-oven heat of street and brick is destroyed by AC interior and (capital t)Traditional Diner decor. 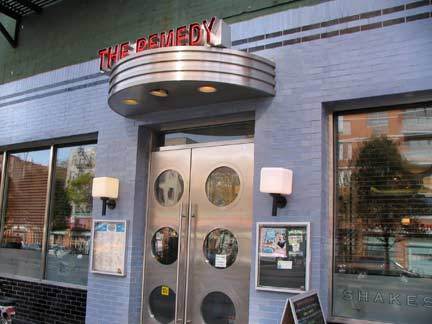 Now I'm not a religious man... BUT

The host (he of smiling face and forty [or more] years) seats our boy kindly. Though not empty, Remedy is also not full. Groups of mixed age, race and gender abound. Yonder, young child and younger parents sip at milkshakes of eye-widening volume. Beyant, a group of teens bow their heads in prayer of phone and text. Five more tables are filled with such melange of character and background.

Yes, a fine and goodly crowd our boy would spy, were he not solely meditating on his own character flaws e.g. cowardice, lameness, loneliness.

“Need time to think?” Boy say he does. Waiter stays.

“You know, it’s not worth worrying about,” say waiter, out of blueness.

“Huh?” say boy. Aloft, dense waiter-eyebrow stays; as if he is a knowing one.

“It’s always something or another with you,” say waiter.

“You kids, worrying about stuff.” Waiter shifts, stands square-at our boy. Speaks loud. “If I learned anything, it’s that there’s only one bad decision you can't take back: a face tattoo. So, just order some damn food." Waiter pauses, focuses. "What’s behind will stay there, and if it decides to jump back ahead... well, suck it up later.” 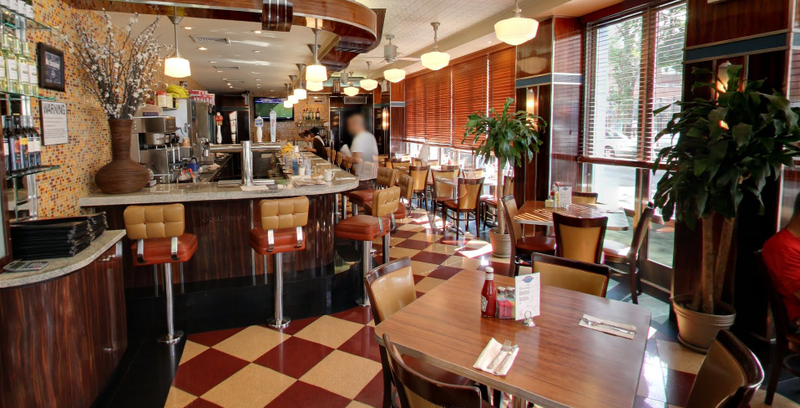 The pews of our lord and savory.

Unexpected, said sermon drops, as does waiter’s eyebrow. He departs.

Ponders on this, boy does. How much does he worry? Too much, think he. Girl will be around again, and if not said girl, other girl of more substance than simply fine attire and finer pout. Yonder milkshakes, notices he, look tantalizing.

Boy of muddled thought slowly becomes boy of clear head. Thinks not of female’s sun-dappled locks and crushing smile. Against seat of cool pleather his back slides, gaze tilting to look at ceiling of ubiquitous NYC tile. Inside a mind now low-tide calm, boy allows himself to enjoy the diner where so many good times have been spent.

Waiter returns and the order is laid: California Omelette (mushrooms, avocado, pepper jack chee and tomats) with rye toast. “You know what,” say boy. “I’ll have a strawberry milkshake too.” Waiter approves. 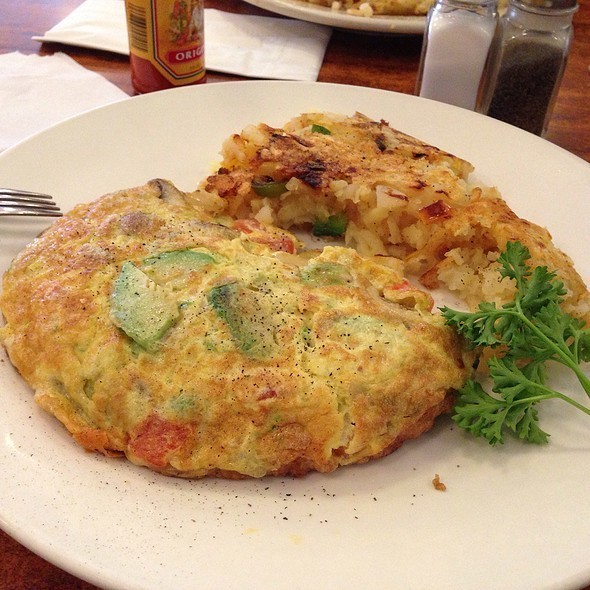 “Feel better?” wise waiter queries as check is laid down. Boy of previously troubled mind crinkles eyes and nods at waiter; waiter nods back with smiles.

You see, this is the vibe of Remedy. A magical spot where food and mood and ambience and price unite to fix what ails. Be they moral, physical or spiritual conundrums, Remedy’s extensive menu-choices -- filled with hand-crafted touches for taste-bud delight -- calm the busy mind.

And so we leave our young man as he has been before and will be again: enjoying the potent medicine from the clinic on the corner Houston and Norfolk.