Tommy “Boss” Higgins just totally jumped over a sleeping bum. His bros grabbed and squeezed his biceps in a celebratory way that was totally not gay and just bro love.

One of the grabbers was Danny “Tan” Vega, Tommy’s best bro; they’d been lock-tight like since like the first second of orientation.

After a night of raging on X until the sun rose and lit the tits of the hot-ass chicks they were grinding to equal and individual pulps, the boys needed muscle food. They needed greasy, hot, bicep burgers. Piping, moist pec patties. Steaming, filthy glute fruit. They made up a couple more foods then stopped before it got weird.

As it turned out, not every dawg was hungry. Jayron “Rudeboi” Jefferson had a test tomorrow and needed to crash. OK OK. Get your study on. OK.

Vick “BadonkeyDong” Schwartz was straight tired yo and look at the shmutz on his shoes. Gotta clean up that clubgoo for certain.

Helio “MarcoPolo” Marcovian, Jens “Ikea Monkey” Aaronsen, and Hubbard “Hubbard” Banks III all had peaced mad early to rage on Marco’s boat with the help of some choice booger sugar. Which left just Boss and Tan, together and forever bro-mates, crushing SoBe in tandem.

Where to go where to go, the brethren wondered aloud.

With a wave of a Tan’s fastidiously browned hand, the boys rolled.

11th St. Diner is a piece of undeniable, O.G. SoBe lore.  “It’s an art deco dining car,” said Boss, pointing to the hulk, shining on the corner of Washington and 11th. 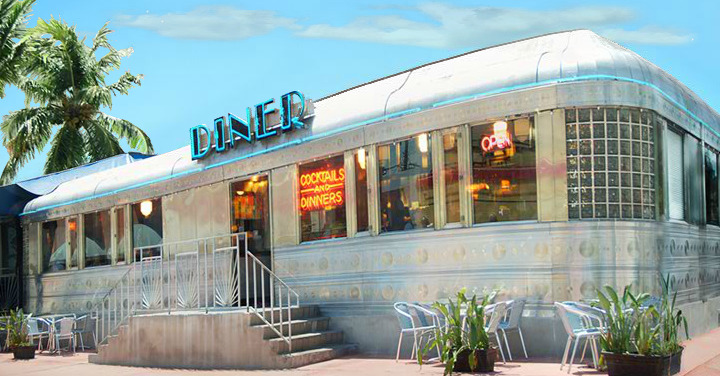 “Yo what the fuck is art deco?” Tan lowered a pair of Ray Bans he’d copped straight out of his Dad’s dresser.

Boss shrugged and they ducked inside.

Like every indoor space on South Beach the cold air was blasting. Red-faced, Slavic tourists littered the place. Boss and Tan snagged seats at the bar, waiting for one of the beaming, South American, 40-something wait-people to sling them some coffee. The decor was “nuts,” according to Tan, “period-specific,” according to Boss. As for food, You could always order a super-solid omelette, hash + eggs, or pancakes or some junk. But the boyz knew better. Alexia, a waitress, mother, and wearer of constant smiles, asked the boys what they would like.

It being Saturday (despite the fact that the bros got enough ass last night for it to technically be Tuesday), Tan went for the Fried Chicken Wings and Waffles. Boss threw down for two eggs (easy), two sausages (links), Biscuits and Gravy, natch.

“Yo, that chick in the pink you were destroying last night,” said Boss. “What was her name?”

“Does it matter?” said Tan. High fives ensued. “No but seriously, she was crazy fine,” Boss continued. “You catch her name?”

“I don’t remember bitch’s names,” said Tan with a look of disdain. “Bros for life, right?” Tan grabbed Boss’ shoulders and massaged them hard for too long. Silence ensued. This had happened before.

In a hot minute Alexia -- a waitress who seemed not to notice Boss’ shutter shades, or Tan’s neon “Rage Sauce” tank -- dropped chow and the bros shoveled. Boss’s ‘scuits were standard solid and the gravy thick enough to pull off a boot. 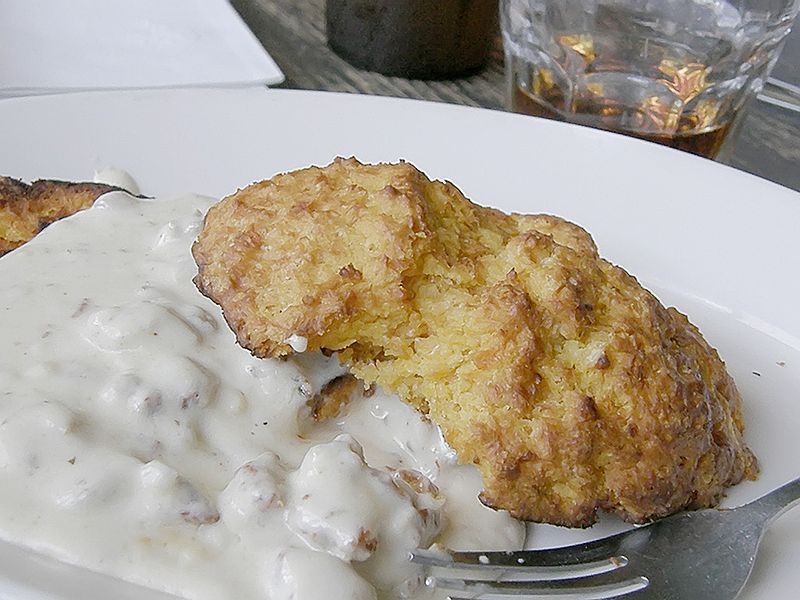 Pave ya driveway with that gray-vay

Plus, no worries about the calories since Boss could burn them in like twenty dips. Tan minced around his chicken even though it was deep-fried and moist. The waffles steamed and looked decent crispy.

Tan glanced sideways at Boss. “Yo, you want to just hang out like old times tonight?”

“No,” said Tan, shoving away from the bar, spreading his arms. “No! You gay or something?” Tan was still junked on The Mix: X, Blow, and enough vodka sodas to fill an Aerobed.

“Naw man, I just didn’t know what you meant,” said Boss. “Sit back down. Chill yo. Chill.”

Tan sat back down. He took a bite of the waffles. “Good yo, you want some?”

Before Boss could answer Tan had cut off a slab chicken, nestled some waffle on top and carefully drizzled syrup over the whole thing. 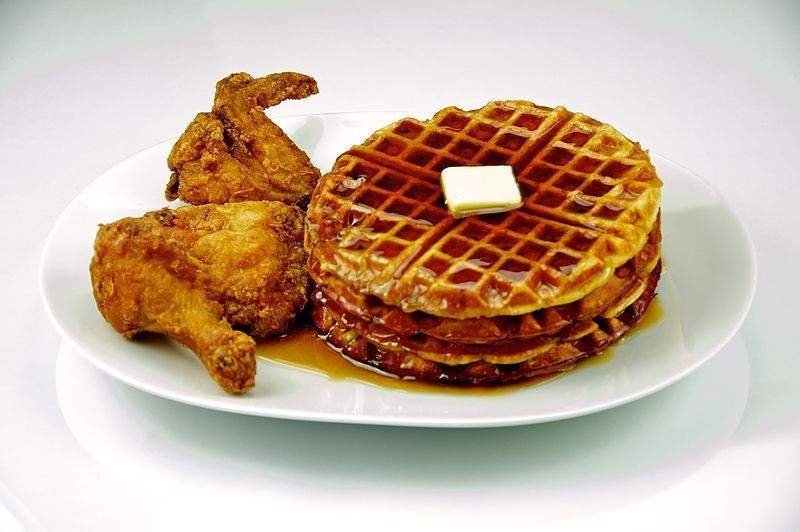 “What? You afraid of cooties or something?” Tan moved the bite close to Boss’ lips. Boss pulled back.

Tan pushed Boss out of his seat and they were on the floor, Tan kissing Boss’ lips. Boss struggled but Tan had always been stronger.

“I thought about this,” Tan said, breath ragged. “I think about it all the time.” Boss wasn’t kissing back, trying to keep his lips sealed. What was happening? His pulse reverberated in his head, as loud as if it belonged to nature itself. He heard a group of large men and women laughing. The place felt too close. He almost didn’t notice that Tan was punching him now. Raining blows on his chest and face.

Tan was crying. Boss kept saying stop, but Tan wouldn’t relent. Alexia looked up over the counter and screamed. The sound of it, high and still somehow tinged with accent, stopped Tan mid-windup. He sat on Boss’ chest, his face a mask of anger, guilt, and horror all at once. Silence hung in the place like spook-house smoke. With a gasp -- somewhere between pain and relief -- Tan sprang up and ran out the door into the baking sun.

Boss shook to a standing position. “You ok?” said Alexia, actual and genuine concern painted on her face.

“I don’t know,” said Boss, unsure of whether to finish his food or leave. “Yeah. Maybe. I guess.”